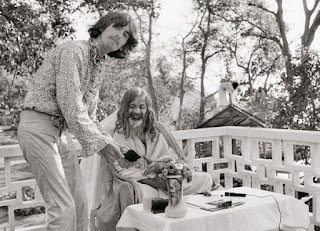 Of course, no documentary on George Harrison would be complete without addressing his well-publicized, lifelong quest for spirituality and Scorsese devotes ample time to this topic. The film touches on George’s involvement with Indian mysticism, the Maharishi Mahesh Yogi, the Hare Krishna group, and his lifelong practice of meditation through the use of mantras. Particularly intriguing are Olivia Harrison’s recollections of how her husband spent a great deal of his life preparing for the moment of his death. She recounts how her husband was adamant about being prepared for the moment when his spirit would leave his body and how his near death encounter during a 1999 home invasion almost wasted a lifetime of spiritual preparation. 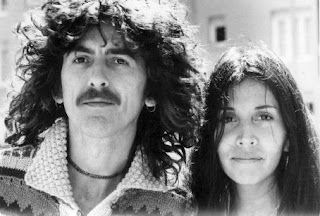 Although Olivia’s brave intervention saved her husband’s life during that night, son Dhani Harrison remarks in the film how the trauma of that night may have been the catalyst for the recurrence of his father’s cancer. Still, when speaking of her husband’s final moments, Olivia Harrison seems at peace and almost joyous when expressing that George’s wish of being prepared for his death was fulfilled. She recalls that when Harrison finally did submit to death, it was almost as if he “lit up the room.” 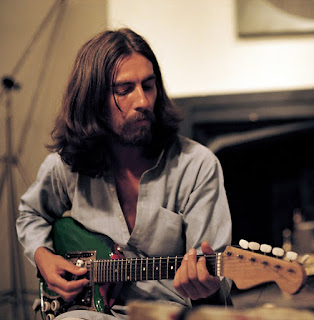 ﻿
In my humble opinion, the mark of any good art is its ability to move people or influence them on some level. Aside from being an enjoyable and informative documentary, Living in the Material World was significant to me in that it was able to change my decades-old perception and understanding of George Harrison, the man. Throughout my life as a Beatle fan, I came to assign a label to each of the Beatles, which in my view, encapsulated the roles they played in the band and in life on a grander scale. John was the rebel, Paul the conformist, and Ringo the good natured guy who seemed to have it all fall in his lap but knew how to handle it. George always seemed to me a malcontent, a man who was less controversial than John, less consumed about maintaining his public image than Paul, yet generally less able to enjoy life than Ringo. From a distance, George appeared to be a reluctant lottery winner, unable to appreciate the many gifts that had been bestowed upon him. He struck me as having an undercurrent of bitterness or dissatisfaction with the world or perhaps, the manner in which people conducted themselves in the world. This bitterness would at times creep into his music and is evident in his masterpiece While My Guitar Gently Weeps, as well as later compositions such as Cockamamie Business, and the Traveling Wilbury’s Handle With Care. 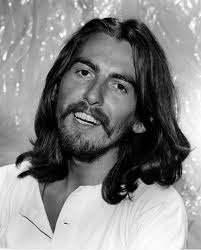 Yet through Living in the Material World, Martin Scorsese allowed me to relate to George Harrison more intimately than I ever had in the past. The film enabled me to peek behind the curtain to see a simple man, who was not necessarily unappreciative of his artistic gifts, great fame, and fortune, but simply less interested in the glory than he was in the music itself and in attaining a higher plain of spirituality. Perhaps the bitterness was the result of being dragged kicking and screaming into the spotlight, chased through the streets by screaming girls and ravenous press, and having every morsel of privacy snatched away at such a young age. 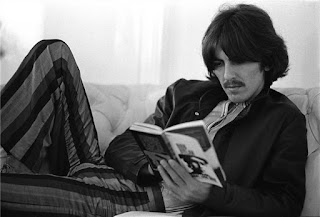 Perhaps George could never adapt to the carnivorous and sycophantic nature of the music business. As the novelty of celebrity and fame wore off, it seems that his tolerance for the seedy side of celebrity status waned to the point of resentment. Once he had attained all the wealth, success, fame, and adulation that one can on Earth, George Harrison began to seek fulfillment at a higher level. Perhaps he was not a malcontent at all. Perhaps he realized at an early age, what most of us never do. There is more to life than living in the material world. 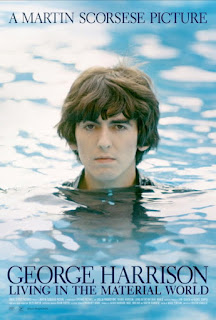 Being a lifelong fan of both the Beatles and the films of Martin Scorsese, I was intrigued to learn that Scorsese had recently directed a documentary about the life of George Harrison. This new doc is entitled George Harrison: Living in the Material World and this past October it was released in theaters (limited), on Blu-Ray and DVD, and was also broadcast as a film in two parts on HBO. I recently had a chance to watch the film in two separate viewings, which given its length of nearly four hours, will be necessary for many people. 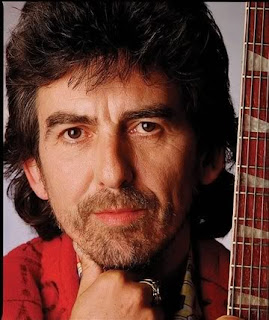 The project was envisioned by George Harrison’s widow Olivia, who is credited as a producer, and she could not have but placed it in better creative hands. Scorsese and his editor David Tedeschi, have woven together a patchwork quilt of public and private photos, videos, and concert footage, along with interview segments with some of George’s closest friends and family, and intriguing journal excerpts to provide an intimate, yet respectful glance into the life of a private man whose talent and circumstances thrust him into a very public life.
Having spent my whole life as an avid Beatle fan, I have probably been exposed to nearly all of the Fab Four media that has been officially released or bootlegged over the last three-plus decades, most of it several times over. In light of this, I was truly impressed with Scorsese’s ability to recount George Harrison’s Beatle days without treading on very familiar ground during the first part of the film. So little of the content had been seen or heard before that the film was fresh and intriguing even for the Beatle fans that may have grown weary of the same photos, clips, and sound-bites that have been re-packaged and re-sold year after year. Particularly interesting were recited letters written by George to his parents in his early days with the Beatles. These glimpses into his private life reveal that even then, on the cusp of superstardom, a teenage Harrison was mature beyond his years and viewed life through a simple prism. 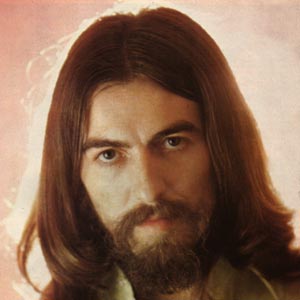 Scorsese delves into George Harrison “the person” in a way that few Beatles-related works have done in the past. As a member of the Beatles and a successful solo artist, George was indeed loved by millions from a distance. Yet in this documentary, Scorsese drives home the sense that George was a man truly and dearly loved by those who came to know him well. Interviews with lifelong friends Eric Clapton and Ravi Shankar, early Beatle era cohorts Astrid Kirchherr and Klaus Voormann, Monty Python collaborators Eric Idle and Terry Gilliam, Traveling Wilbury’s band member Tom Petty, and of course, Beatle band mates Paul McCartney and Ringo Starr, paint a portrait of a man who was a devoted friend and truly had a profoundly positive effect on those who loved him. Extensive interviews with Harrison’s widow Olivia and short segments with his son Dhani delicately examine the private side and home life of the legendary musician.
Please check back for Part 2 of the review of George Harrison: Living in the Material World...

Round Two of Star Wars Trivia!


1.   What is the name of Luke’s friend from Tatooine who pilots one of the X-Wings during the attack on the Death Star?

2.   What was the original last name of Luke’s character in early drafts of the script for Star Wars?


3.   After purchasing the droids from the Jawas, Uncle Owen tells Luke to take them back to the garage and clean them up before dinner. Luke responds with a whiny complaint that he was planning to go where to pick up some power converters?


4.   Who was Artoo and Threepio’s master prior to their capture by the Jawas?


5.   What does Uncle Owen say about Obi Wan Kenobi when Luke talks about him at the dinner table?


6.   Upon arriving at Mos Eisley, Luke and Ben Kenobi are stopped at a stormtrooper checkpoint and asked, “How long have you had these droids?” What is Luke’s response?


8.   Upon what creatures do Sandpeople ride on Tatooine?


9.   On what part of Tatooine is Luke attacked by the Sandpeople?

10.   What real life creatures were outfitted as Bantha’s for the filming of Star Wars?


11.   What is the first line of dialogue spoken by Obi Wan Kenobi in the original Star Wars trilogy?


12.   What injury does C-3PO suffer during the attack by the Sandpeople?


14.   According to Ben Kenobi, the Force can have a strong influence on who?


16.   How does the Death Star capture the Millennium Falcon?


17.   What bay was the Millennium Falcon kept in while on the Death Star?


18.   When Luke and Han are disguised as stormtoopers and attempt to access the detention area using Chewbacca as a prisoner, from which cell block do they say he is being transferred?

19.   What is significant about the number of this cell block?


20.   What are the first words Princess Leia says to Luke?


12   His left arm is dislocated from his torso