The Muppets: A Review of Muppet Domination 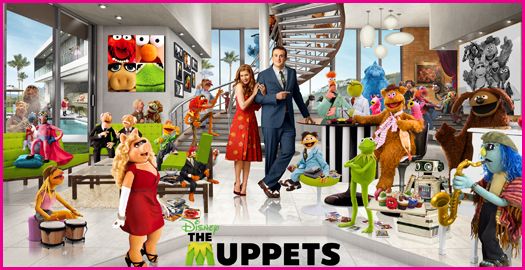 The Hollywood of today seems replete with nostalgia-driven projects conceived to separate the children of the 70’s and 80’s from their hard earned (and sometimes, yet-to-be-earned) dollars. We saw the Transformers land on Earth again a few years ago and three movies later…they still haven’t left. The Smurfs invaded New York this past summer and are poised to crank out a few sequels from their mushroom sized studios over the next few years. One would almost expect to see Voltron and He-Man battling it out at the box office next summer…and that may very well happen. Considering the steady stream of re-makes, re-releases, and re-imaginings that seem to always be coming to a theatre near you, it can be difficult to have enthusiasm about another 70’s/80’s theatrical resurrection like the recently released film, The Muppets. However, any cynicism, skepticism, and pessimism one may have is thoroughly washed away by the time you exit the theater after watching this touching and fun reboot of the Muppet franchise. 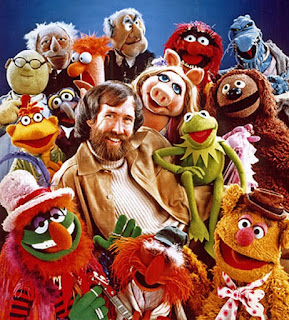 Jim Henson’s untimely death at the age of 53 in 1990 doomed the Muppets franchise to over a decade of limbo. While Henson’s Sesame Street venture continued to develop and prosper, the Muppets faded away after the 1999 “Muppets from Space” film. Disney acquired the Muppet brand in 2004 and it seemed that the Muppets were in perfect four-fingered, white gloved hands. However, aside from the “Muppet*Vision 3D” attraction in Walt Disney World’s Disney Studios theme park (which pre-dated Disney’s acquisition of the Muppet brand), “the Mouse” did little to help “the Frog” and his felt-covered friends for many years. 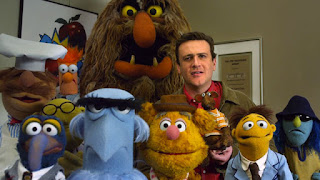 Enter lifelong Muppet-fan Jason Segel, who in 2008, petitioned Disney to launch a film project that would revitalize the franchise. Along with his writing partner, producer/director Nicholas Stoller, Segel penned a script that finds the present day Muppets disbanded and rendered irrelevant in a cynical and calloused world where television’s most popular show is Punch Teacher, a program that features school children laying the smackdown on their educators. The story introduces the new Muppet character Walter, who is inseparable from his human brother Gary, played by Segel. Walter idolizes the Muppets and is thrilled when he is invited to join Gary and his girlfriend Mary (portrayed sweet as pie by Amy Adams) on a trip to California, where he longs to visit the legendary Muppet Theatre. The three arrive to find the theatre in shambles and on the verge of being purchased by slimy oil tycoon Tex Richman (Chris Cooper). Richman secretly intends to demolish the theater and drill for the oil that he believes lies beneath. 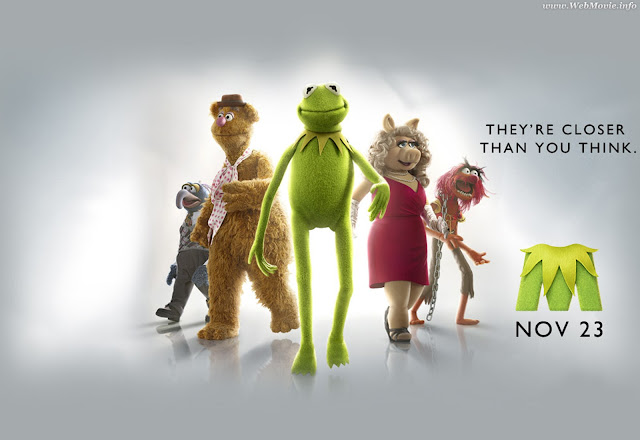 Walter and friends set out to find Kermit the Frog to inform him of Richman’s evil plot. After some persuading, Kermit makes up his mind to save the Muppet Theatre by putting on a telethon show with the old gang, with the goal of raising the ten million dollars that will keep the theatre out of Richman’s devious little hands. Kermit, Walter, Gary, and Mary embark on a journey to reunite the Muppets, renovate the theatre, and produce a show that can raise the necessary money. Along the way, they mend a failed relationship between Miss Piggy and Kermit, kidnap Jack Black to be the telethon’s celebrity host, plan, rehearse, and perform the first Muppet Show in over a decade, and save the strained relationship between Gary and Mary (whose patience has worn thin after ten years of sharing her boyfriend with his brother Walter). 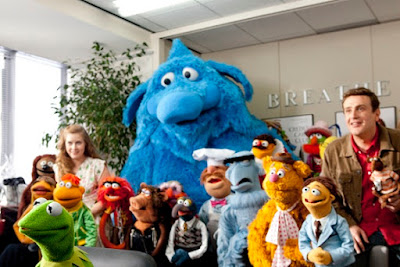 In the end, the Muppets and their new friends are unable to raise the necessary money and are on the verge of losing their theater and the Muppet name, which Richman plans to market using a troupe of hardcore, grizzled, lounge performers called “The Moopets.” However, Kermit realizes that although they have lost the battle with Richman, they have found something much more valuable…each other. The furry friends concede their defeat to Tex Richman and leave the Muppet Theatre for the last time, together. They may have lost, but they leave secure in the knowledge that that they tried their best and they know deep down that this is what is truly important. Kermit and friends exit the theatre to find Hollywood Boulevard teeming with newfound and rekindled Muppet fans, all cheering their reunited heroes. In the end, even Tex Richman turns over a new leaf, thanks in no small part to an inadvertent bowling ball to the head courtesy of Gonzo, and all end well as Tex allows the Muppets to keep the theater and the act that they made famous. 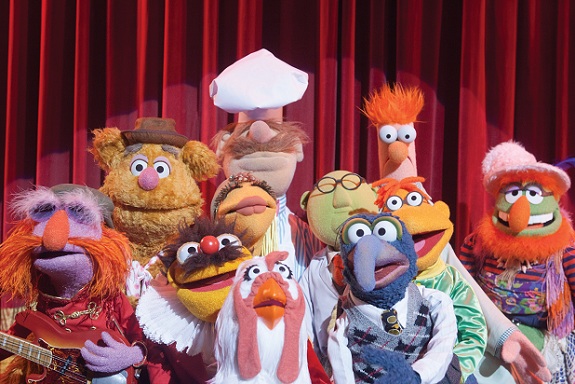 The warmhearted, good natured story of friendship, love, and dedication amongst friends, brothers, couples (even those of an interspecies variety), and performers and fans is just one of the reasons that enables this film to exceed expectations. There is a warmth and sincerity that permeates the storyline, even though the majority of the main characters are nothing more than cloth, felt, and yarn. It is this ability to infuse emotion into lifeless puppets and to build and develop characters that can perform believably beside flesh and blood talent that was the core of Jim Henson’s genius. Fortunately, that is not lost in this film, although it is over two decades removed from Henson’s death. The success of the Muppets and their predecessors on Sesame Street lies in the ability of the performers to connect emotionally with their audience and to blur the line between performance and reality. 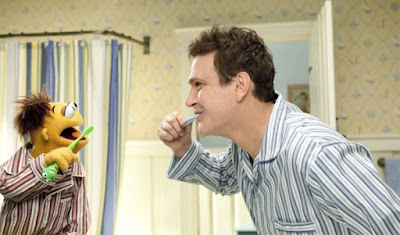 Several brilliantly crafted musical numbers also contribute to making this film truly fun for all ages. The tongue-in-cheek opening number “Life’s a Happy Song” and the introspective satirical ballad “Muppet or Man,” alone make The Muppets worth the price of admission. In fact, some of the film’s most entertaining moments occur during these elaborate song and dance production numbers that are well performed, yet so comically cheesy that the viewer is left salivating for a cracker. One of the shining moments early on in the film occurs as a musical dance number concludes with the main characters boarding a bus for Los Angeles, leaving behind the back-up dancers who exhale and collapse in exhaustion gratefully exclaiming, “Thank God they’re gone!” It is that innocent, yet intelligent and honest humor that is the hallmark of the Muppets and it has been carried forward in their return to the big screen. 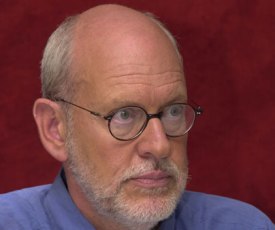 On a slightly more negative note, it has been reported that some founding Muppet alumni most notably Frank Oz (whose voice work is excruciatingly absent from the film), were critical of the project and the fact that it was placed in the hands of Muppet outsider Segel. There was concern that the film would be more a “Jason Segel movie than a Muppet movie” and that the story would not be true to the original Muppet characters. Although I disagree with this notion, I was troubled by the absence of Oz, whose numerous characters (Grover, Bert, Cookie Monster, Miss Piggy, Fozzy, and of course, Yoda) were the voice of my generation.


Disney rolled the dice in their attempt to bring the Muppets back from their long hiatus. Our society has changed greatly since the Muppets last graced the big screen. Much of our entertainment these days is based on cutthroat competition and the audience’s insatiable desire to mock the inferior. The ability to humiliate has surpassed the ability to entertain as the key factor in determining what good entertainment is, these days. Like in the movie, one could argue that the Muppets brand of entertainment is no longer relevant in a society where Punch Teacher could very well be an actual prime time success. 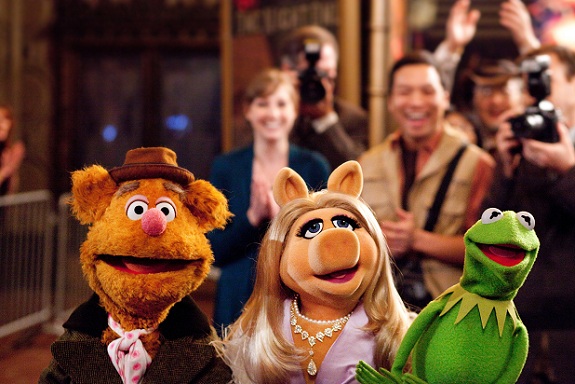 Yet The Muppets proves that there is still a place in Hollywood for pure, unadulterated, feel-good entertainment. The film successfully reboots the franchise, but deserves credit for far more than this. It does not simply slap Jim Henson’s iconic puppets back on the big screen and into the pop culture landscape. That feat, in and of itself, would be simple. What is more impressive is that the film captures the essence of what we all loved about the Muppets years ago. At their core, the characters are pure of heart. They are imperfect misfits and their performances always seemed on the verge of imploding, but they always banded together and gave their all to put on a good show. That is something that will never be irrelevant in my book. So let’s pretend it’s 1979 again and let’s start the music. It’s time to light the lights. It’s time to get things started on the Muppet Show tonight!