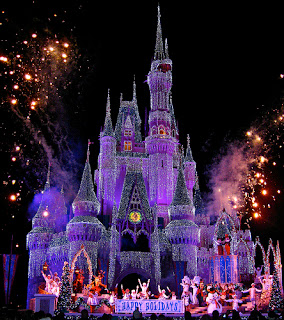 In our last post, we promised to explain the quotes used when referencing the need to pay a separate admission for the Very Merry Christmas Party. First, let me state that I attended the event twice in successive years and both times bought tickets for myself and four others like a honest, rule-abiding sucker, uh, I mean loyal Disney fan. I actually spent the earlier part of both of those days at another Disney park and went to the Magic Kingdom solely for the purpose of attending the Very Merry Christmas Party. I dutifully reported to the ticket window to pick up my pre-paid party passes and the requisite wristband. I assumed that the wristband must be worn at all times or I would be beamed right out of the Magic Kingdom only to rematerialize in that limbo-like wasteland that Disney calls the Transportation and Ticket Center. However, during those two visits, I began to notice that there were plenty of people who did not even have wristbands and yet, were not dematerializing before my eyes. Nor were these people being scooped up by the scruff of the neck by some large four-fingered white gloved hands and tossed out of the park gates. So what’s the deal?

Far be it from me to take money out of the pocket of the Mouse, but if you are a risk taker and don’t mind being asked to leave the park if you are observed not wearing a bracelet, you can most likely experience many of the party events without having to cough up the admission price, which is fairly steep, especially for a family. I don't recommend it, but obviously a lot of people are doing it. 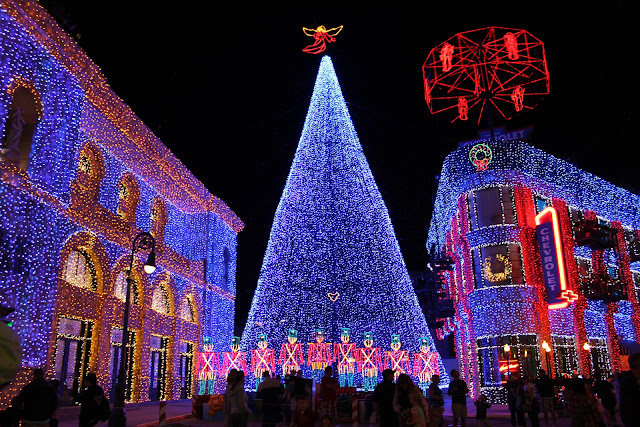 This dazzling display of Christmas lights is located in the Streets of America section of Disney’s Hollywood Studios park (just outside the entrance to the Lights, Motors, Action! Extreme Stunt Show.) Millions of holiday lights adorn basically every inch of this section of the park. Entire buildings are blanketed in lights while special displays such as spinning carousels, floating angels, and flying reindeer animate the 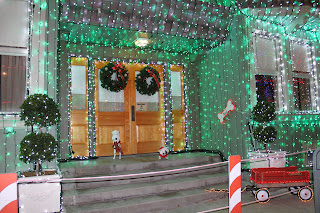 night sky. Holiday music, accompanied by a pre-recorded duo of DJs, provides the soundtrack as you stroll through the faux city streets, basking in the glow of millions of watts of Christmas magic. As if this wasn’t enough, every ten minutes or so, the lights are dimmed and the Streets of 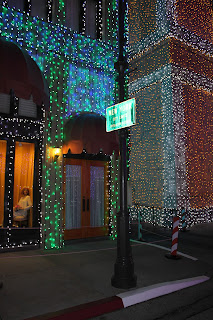 America come alive as the millions of lights adorning the buildings begin a choreographed dance to some of your favorite holiday hits. It is truly a sight to see. On some nights, there are more than lights dancing in the air, as magical “snow” falls on the Hollywood Studios guests as they stroll the city streets. Air cannons shoot Disney’s soap bubbly snow concoction across the night sky, adding that signature Disney touch.
The Osborne Family Lights display originated at the Arkansas home of philanthropist Jennings Osborne and his family. In 1986, Jennings’ young daughter “Breezy” asked her parents to decorate their home in lights. Osborne responded by crafting a display of 1,000 lights! Over the years, the display 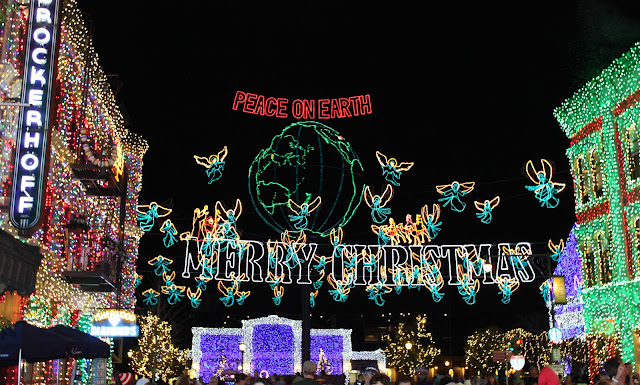 grew into a massive presentation of over three millions lights, drawing crowds from far and wide, and drawing the ire of the Osborne family neighbors. Legal action initiated by those neighbors amazingly reached the United States Supreme Court and in 1995, the Osborne family was ordered to shut the display down permanently. 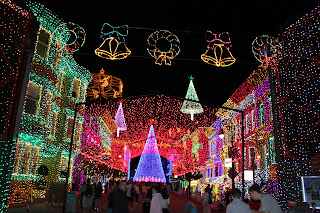 News of Jennings Osborne, his wondrous Christmas display, and his legal battles to keep his lights shining bright, spread across the country and it wasn’t long before Disney approached Osborne about bringing his display to one of their theme parks. That same year, the Osborne family’s display debuted at the then-named Disney-MGM Studios theme park and was an immediate success. In the intervening years, the display has grown to a whopping five million lights, requiring months of assembly time, and forging another Disney tradition that has become a must see at Christmastime. On a sad note, Jennings Osborne passed away in July 2011, leaving behind a wife, a daughter, and a Christmas tradition that has brought joy to millions throughout the years. 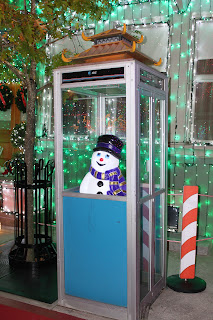 The Osborne Family spectacle of Dancing Lights is accessible to all at Disney Hollywood Sudios park, with no additional admission or ticketing required. Stroll through and spend as much or as little time there as you wish. Like most things in Disney World, the attraction is bathed in details, many of which go unnoticed during a quick stroll through. Be sure to wander through the “side streets” and take in some of these smaller details like the snowman phone booth and the barbequing toy soldier. 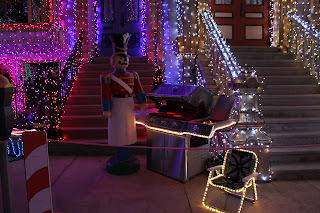 Also keep an eye out for the many “hidden Mickeys” that can be found throughout the streets. Some cast members claim that there are as many as forty hidden within the display. Whether you celebrate Christmas or not, whether you enjoy holiday music or not, one thing is certain…the Osborne Family Spectacle of Dancing Lights at Disney’s Hollywood Studios should not be missed. 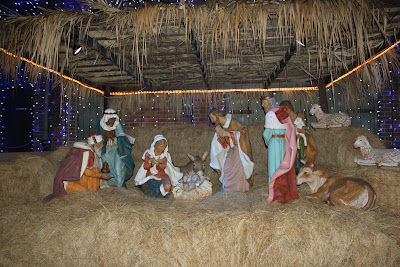 On a separate note, credit Disney for “keeping Christ in Christmas” by displaying an enormous life-sized nativity scene at Disney Hollywood Studios, tucked away in a corner at the perimeter of the Osborne Lights display. It seems that too often in our society today, the manner in which a person’s religious holidays (from whichever faith they originate) are celebrated is subject to whiny malcontents outside that religion who feel they have a right to impose their will on others. In this climate, it is refreshing to see a large corporate entity like Disney not be terrified of using the words “Merry Christmas” or displaying a nativity scene.


For a sample of the Osborne Family Spectacle of Dancing Lights, check our video below this photo at the end of the post... 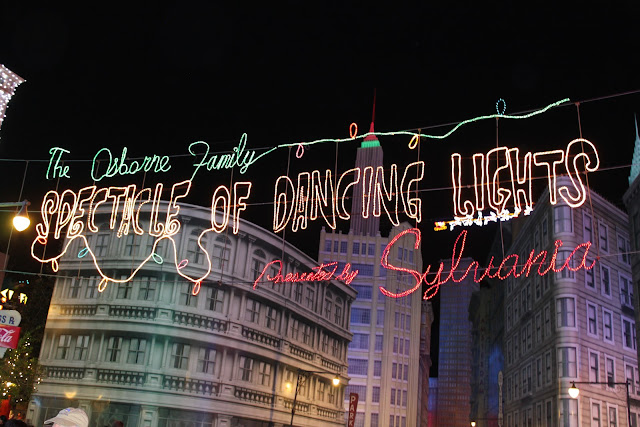