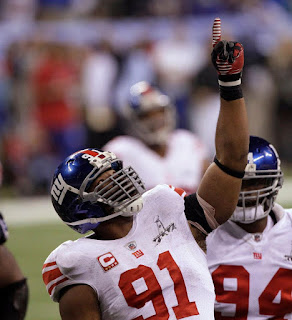 For the second time in four years, the New York Giants have defeated the New England Patriots in the Super Bowl, officially ending their dynasty. A true team effort, with contributions from offense, defense, and special teams,the Giants captured their fourth Super Bowl win and eighth NFL champoinship, once again to the surprise of many. 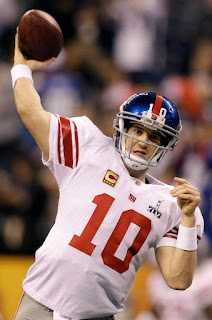 Eli Manning, a true professional, too long in the shadow of his extremely talented brother Peyton, has cemented his legacy this year as one of the NFL's elite legendary quarterbacks. With two championship rings, two Super Bowl MVPs, and a seemingly endless number of fourth quarter comebacks this season, including another in the Super Bowl, the cool and calm Eli Manning has proven to the rest of the world what Giants fans have known for a long time...that he is a true leader and a great quarterback. 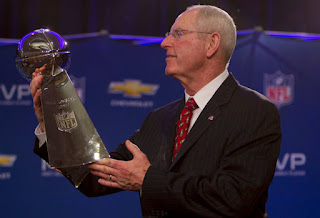 Congratulations also to Giants head coach Tom Couglin, respected widely across the NFL, and now counted among the league's all time best coaches. 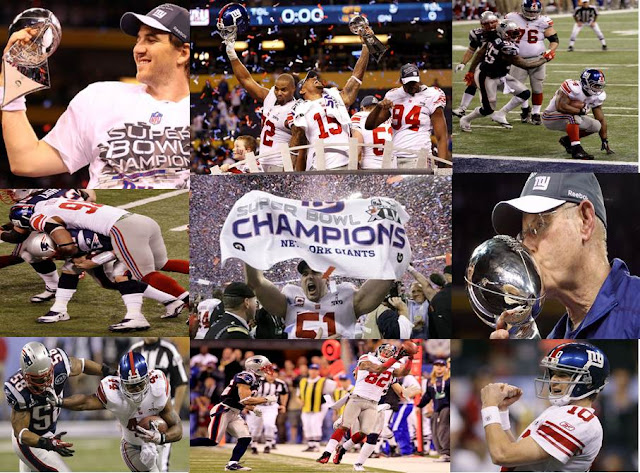 Email ThisBlogThis!Share to TwitterShare to FacebookShare to Pinterest
Labels: Sports