Star Wars in 3D: The Force Unleashed in Three Dimensions 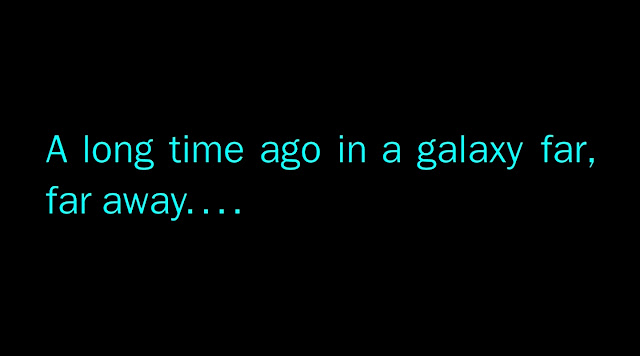 ...3D was dead. In 1977, when Star Wars (the movie that is now too often referred to as “A New Hope” or “Episode IV”) was released, 3D was a gimmick that had long since fizzled out. In fact, the science fiction genre was ready for embalming as well. But a young California filmmaker named Lucas changed Hollywood forever with his “little space movie.” With Star Wars, George Lucas revitalized the sci-fi genre and laid the foundation of an empire forged from artistic, technological, and financial genius. In February, Lucas will bring us all back to that galaxy far, far, away (again) and perhaps succeed (again) where Hollywood is currently failing.
Perhaps wishing to follow in Lucas’ footsteps, over the last few years, Hollywood seems determined to revitalize the 3D genre by almost force-feeding us a steady diet of three dimensional movies. These days, every major action or animated movie is simultaneously released in standard 2D, as well as the 3D and 3D Imax formats. Some argue that the push for 3D is just the studios’ plot to generate additional revenue with the same product. They would never do that, would they?

Worse than simply making a blatant attempt to separate us from our money, Hollywood has been attempting to do it with, in many instances, a substandard product. True 3D films, during which we are often prompted to swat away objects jumping off the screen at us, are very few and far between. Many of the films released in 3D are shot in traditional 2D and then converted to 3D. The conversion will introduce a little depth perspective between objects in the foreground and background of a shot, but nothing that will blow your hair back. The 2010 Clash of the Titans re-make brought us to a new 3D low, with a conversion that actually distorted the film itself to a point where the visual quality was almost that of a bootleg DVD bought out of some guy’s backpack in a laundromat. 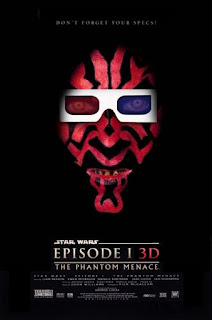 Enter our friends at Lucasfilm. In February 2012, the 3D saga begins as The Phantom Menace will be re-released in theaters in the 3D format. The other five films will reportedly follow, one each year, climaxing with Return of the Jedi in 2017, the forty year anniversary of Star Wars. Many will say that this is just another Jedi mind trick to separate us from our money and there is of course some truth to this. If nothing else, George Lucas is a capitalist. He has built an empire (literally and figuratively) and amassed incalculable wealth from a story that no one believed in and even fewer people wanted to see transformed into a motion picture. More amazingly, he did it his way. Even more amazingly and incomprehensibly in this culture, almost completely devoid of originality, he did it with a new and different idea. He crafted his plot based on timeless mythical themes and a basic tale of good versus evil, but his story was fresh and original and he translated that story onto film in such a visionary and groundbreaking way that it made Star Wars unlike anything that had preceded it. Lucas did not regurgitate an old idea and shove it across the table at us like the countless remakes Hollywood seems to churn out these days (a few of which are in fact, very good and in rare cases, better than the originals.) George Lucas dared to combine two now filthy and subversive words together “original thought” and created not just a story, but a world that his fans have been using as their own private escape for decades.

Throughout those decades, Lucas and his Lucasfilm enterprise have ensured that their brand is associated with quality. He may not always deliver what his millions of fans want, but when he delivers, he does his best to ensure that the product is one of quality and care. When he released the Star Wars Special Editions, which stirred up controversy within the legions of Star Wars fans, (see our previous post “Does George Lucas Have the Right to Tamper With His Star Wars Classics?”) Lucas waited for both CGI and theater projection
and sound system technology to progress to a level that would allow him to deliver a quality sensory experience to his audience. In fact, he basically required most theaters to have digital projection and his THX sound system (or a suitable equivalent) in order to exhibit the prequel films. 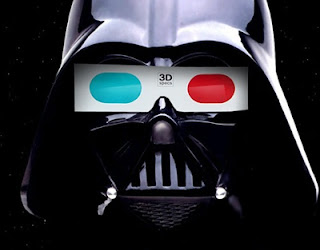 Considering this, we can expect the Star Wars films to be painstakingly converted to 3D, not thrown together in a haphazard manner. The conversion process will literally require years to complete and in the hands of the artistic and technical geniuses at Lucasfilm and Industrial Light and Magic, we can expect nothing less than the finest quality 3D experience. More importantly, these 3D releases will once again bring the Star Wars films back into theaters, which will allow a whole new generation of fans the opportunity to experience the galaxy far, far away on the big screen. I wonder if they thought of that over at Lucasfilm…?

One concerning point is that Rick McCallum at Lucasfilm (producer of all three prequels) has reportedly said that the success of The Phantom Menace will dictate the probability of the subsequent five films being re-released in 3D. One can only hope that the traditionalists distaste of the prequels doesn’t extinguish the chance to see the original and only true “trilogy” from being released in 3D.