When Can I Avoid the Crowds in Disney/Universal? - Part II of When Should I Go to Disney? 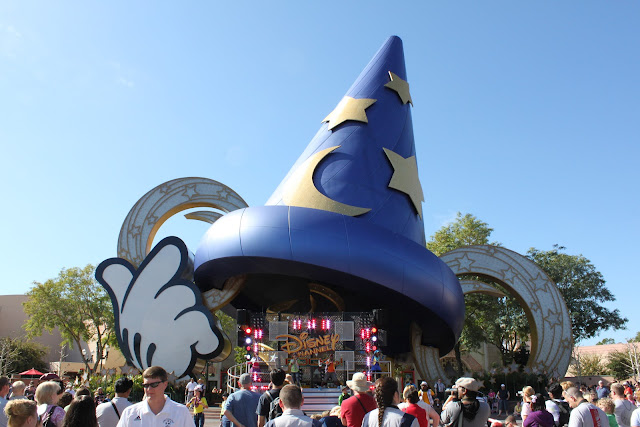 darthmaz314’s previous post entitled “When Should I Visit Disney World?” recommended the week prior to Thanksgiving as an excellent time to visit the vacation capital of the world. Well, you can now add the week of Labor Day to the list of preferred times to make your way to the Orlando area. While there are some weather-related drawbacks, early September can be a very appealing option when planning your next Disney trip.
﻿


﻿﻿ Labor Day signals the unofficial end to the summer and the conclusion of summer vacation for most schools around the nation. This translates into scores of unhappy students and teachers who are not only depressed about returning to school and work, but unable or unwilling to travel to Disney World for a vacation. U.S. Elementary schools, high schools, and colleges/universities are ordinarily all back in session by Labor Day. Most parents are not keen on having their kids miss the first week of school. In addition, parents (and teachers for that matter) are busy making their last minute preparations for the return to school and are thus not likely to add a trip to Disney to that madness. Even Floridians, who may not need to travel far to visit are less likely to skip school to venture to the parks for a visit on weekdays. These circumstances keep a huge portion of the Disney-going population from filling the parks during that time of year and result in minimal to non-existent lines on even the most popular attractions at your favorite Disney AND Universal parks.﻿
﻿﻿

During a recent visit, we spent four days in Disney parks and two days in Universal parks between the Sunday of Labor Day weekend and the Saturday following it.  During our four Disney days, we used Disney’s FastPass once…yes, once. During the two days in Universal’s two parks, there was no need to purchase their money-grubbing version of Disney’s FastPass, the Universal Express Pass. (Although, I can appreciate Universal’s practice of providing this perk to their resort guests [similar to Disney’s Extra Magic Hours resort guest perk,] I am somewhat disgusted by the fact that after all the money you must spend to simply get into their parks, and in addition to the money you will inevitably spend after you enter those parks, Universal then wants to hold you hostage for money to avoid the oppressive lines encountered during peak attendance times.)

﻿﻿
Any Disney/Universal veteran can attest to the fact that there are few feelings like walking briskly through those endless mazelike queues normally jammed with weary and often sweaty bodies. Eliminating those long waits in line not only allows you to see and do more during your day, but reduces the fatigue that can set in during a long day in the parks, standing in between those metal rails like herds of cattle. The fact that this fatigue has a cumulating effect can spell misery for the last few days of your trip.﻿﻿﻿﻿﻿﻿﻿﻿﻿

A visit to Disney/Universal during the Labor Day Week can allow you to accomplish a great deal in the parks and still leave some time for enjoying your resort pool or perhaps a Disney water park. This brings us to the weather drawback referenced earlier. Although early September is slightly cooler than the raging heart of summer, it is important to remember that Orlando in the summer can easily be compared to the actual surface of the sun or the fiery depths of Satan’s deepest circle of hell. Simply put, it is ridiculously hot in Orlando in the summer. The sun is so intensely strong, that hydrating is an absolute must. It is not exaggerating to say that a family of four can spend between $150 to $200 on water purchased in the parks over a seven day stay, particularly since the water (at $2.50/bottle) is so affordably priced. The humidity, which can rival an African savannah, only makes it more unbearably. Add to this, the insanely long lines that one encounters during the peak summer season in Disney/Universal parks, and it can drain the energy of even the most grizzled theme park veterans.


The Labor Day week erases the challenge of the crowds and the oppressive lines, which makes the heat much more bearable. You spend less time waiting in the heat and can cool off much more frequently, because you can experience more attractions, most of which either move fast and/or are outdoors. You can also escape the heat by retreating to your resort, if you are so inclined, and you can still accomplish quite a bit in the parks in the cooler early morning and later afternoon/evening hours.

﻿﻿ One other drawback to mention is that once Labor Day passes, the park hours are scaled back, so that your total time to work the parks is reduced overall. Even with Extra Magic Hours, you will have less time in the parks once the hours are rolled back. However, if you make the most of the actual Labor Day Weekend Days, during which the parks were open quite late (Magic Kingdom Magic Hours on Sunday ended at 2:00am!) you can still get the most park hour bang for your buck.

So if you are looking to avoid the huge summer crowds and you don’t have school-aged children and/or you know that they can make up any work that they might miss, you may want to plan your next Disney/Universal trip for the Labor Day week. You may still experience the Orlando heat, but you will be pleasantly surprised at the thinness of the crowds.

Email ThisBlogThis!Share to TwitterShare to FacebookShare to Pinterest
Labels: Disney, Walt Disney World, When Should I Visit Disney?