An Announcement of Star Wars Land at D23 Expo? and Why Competition by Universal Orlando is Good


Since Disney purchased Lucasfilm in 2012, there has been a steady stream of speculation about the possibility of a Star Wars Land being built at Walt Disney World. With a slew of new Star Wars films on tap for the next several years, a stronger presence of Star Wars at Disney Parks seemed to be an inevitability. Half of Hollywood Studios has been closed in the last year, seeming to clear a huge piece of real estate for…wait for it…Star Wars Land, and yet no announcements from Disney. A cavalcade of Comic-Cons, Star Wars Celebrations, and D23s have passed and there have been announcements about everything except J.J. Abrams' R2-D2 underpants and guess what?…Star Wars Land. This weekend, all of that may finally change. 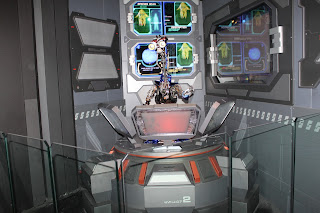 The D23 Expo, the official Disney fan club’s bi-annual convention, comes barreling into Anaheim this weekend and amidst the many presentations, panels, and publicity, there may finally be some official announcements regarding a stronger presence of Disney’s most valuable acquisition in their theme parks. Recent rumors are all but guaranteeing the announcement of a Star Wars Land for the Disneyland Park. Will we at long last also have confirmation of a Star Wars Land coming to Orlando? Could there be announcements of a Pixar Place expansion and/or a Cars Land like the one in California? The wait may finally be over, but one thing is certain, the next few years are absolutely guaranteed to be some of the most exciting and anticipated for lovers of Disney World.


While there may not be a fifth gate (new theme park) in the plans for Disney World, there is certainly more development and expansion in the works than any other time in recent history. The fact is that when Universal Orlando put on the big boy pants back in 2010 with the opening of the Wizarding World of Harry Potter, they began to truly compete with Disney for the Orlando theme park dollar. Five years later, there is now a Wizarding World presence in both Universal Orlando parks and with parent company Comcast backing up a freight train and dumping money into their theme parks, Universal has become a must do in Central Florida. Their market share has been steadily growing and they are continuing to revamp and expand, at a much faster and more efficient rate than Disney. Bad news for Disney fans, right? Wrong.

Disney Chairman Bob Iger all but told the world that the New Fantasyland expansion would be the end of new capital construction projects at Walt Disney World for a while. The Wizarding World of Harry Potter forced him to tell the world something different. The result is a wave of announced and rumored developments that will have new experiences crashing like waves upon the Disney faithful for the foreseeable future. The transformation of Downtown Disney to Disney Springs, the currently under construction Avatar Land at Animal Kingdom, a rumored re-imagineering of Epcot under new vice president Tom Fitzgerald, and of course, the much speculated upon additions of Star Wars Land and Cars Land, could all translate into phenomenal change and development at Walt Disney World in the years to come. The bottom line is Universal's strides forward and the resulting increased competition will be a win/win for the for the fans of both Disney and Universal. Bring on D23. And let's hear some announcements this weekend.