The Hangover III: Why Did it Not Bring in the Big Bucks on Opening Weekend? 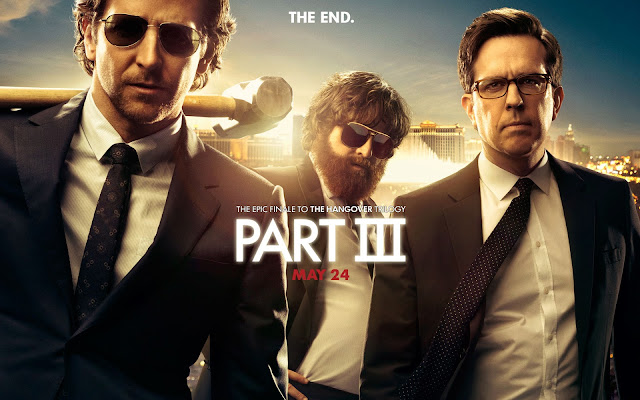 The Hangover III opened this past weekend to box office receipts that totaled half that of the Hangover II. The first Hangover proved to be a comedic box office juggernaut, earning over $277 million domestically and over $462 million worldwide. While Fast and Furious 6 conquered the Memorial Weekend box office, proving that audiences can never get enough of watching people steal cars, the poor performance of Hangover III, ($52 million over the four day weekend) begs the question, “What kept the crowds away?”


darthmaz314 was among those who saw The Hangover III during the long weekend and has since read a slew of online reviews, most of which blasted the film with both barrels, a hidden pistol tucked in their sock, and a slingshot and a bag of rocks for good measure. Does it deserve the crucifixion it is enduring in cyberspace and being placed on the “pay no mind list” by those who were once fans of the original and it’s wildly successful sequel? darthmaz314 will offer his opinion, but as always, leave it up to you to decide.

His opinion and the basics: If you liked The Hangover I and II, the third installment is at least worth a try. The basic recipe is the same in this film as it was in the first two. The Wolfpack get themselves into a huge mess, Doug is kidnapped (this time for real,) Chow nearly gets them all killed, and Alan acts like the socially inept and unpredictable lunatic that makes you wonder how we can be the dominant species on the planet if he is one of us. Throw in some action, some cameos, and a whole lot of profanity and inappropriate humor, and you have the Hangover, a third time. Two things that were missing were an Ed Helms song (one of the highlights of both the first and second films) and an appearance by Mike Tyson. Perhaps Iron Mike’s newfound career as a stage thespian prevented him from appearing in this third installment. 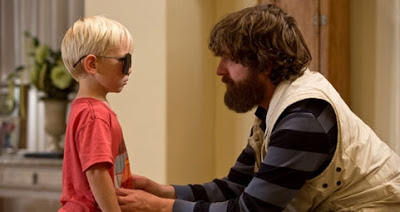 There is a wedding in the film and yes, there is also a scene where they wake up “hungover,” except it does not factor into the main plot of the movie. There are plenty of laughs, even if some of the premises are old and tired by now. There was some romance and even a touch of emotion and sentimentality. Be on the lookout for the scene with Alan and little “Carlos” from the first film. Can a scene by touching, humorous, and uncomfortable all at once? Was this Hangover III: The Search for Box Office Bucks? Of course. But so was every other sequel ever made.


darthmaz314 helpful hint: The movie’s biggest laughs and most surprising moment come during the credits, so be sure to stay in your seat.

So why did this film not break the bank this past weekend? The lackluster box office for Hangover III can hardly be attributed to critic reviews. Critics hated the last film as well and it pulled in a domestic take of $254 million. Lack of promotion and press certainly were not the culprit either considering the juggernaut franchise that the Hangover has become. Could competition from other films all gnawing at each other’s heels for a piece of the Memorial Day Weekend box office have stunted the premier of Hangover III? There may be some credence to that theory.


In today’s box office economy, films are made or broken on their opening weekend. Rare are the flicks that catch on and endure through a long and steady run. A forty percent drop off in box office receipts is not uncommon from the first to second week of a film’s release. Therefore, it is ideal for a film to open against as little competition as possible, so that it can soak up as much of the market share as possible in week one. The Hangover III did not benefit from such a box office climate this weekend. 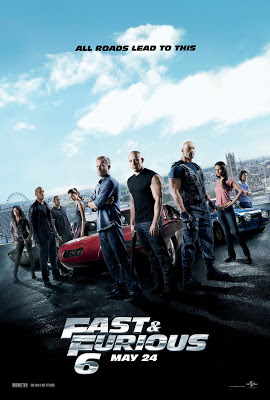 Fast and Furious 6 (yes, 6) ran over the competition with a huge opening over the four day weekend, making a getaway with $117 million of theater goers’ money. Combine that with a strong showing for Fox’s star-studded animated feature Epic ($42 million,) a solid second week for Star Trek Into Darkness ($47 million), Iron Man 3 hanging in at $24 million, and The Great Gatsby’s $17 million take, and it is clear that the Hangover III had a lot of competition at the box office this weekend.  These other films combined for nearly $250 million in box office receipts this weekend. The Hangover III’s $52 million accounted for only 20% of the grosses among the top six films. With theater goers spreading their money around amongst so many films and with a brutish opening like Fast and Furious 6 (yes, that’s 6,) you can certainly make a case for competition affecting the Hangover III’s performance.


Yet what may have impacted the Hangover just as much is word of mouth, or more appropriately stated, word of web. Early screenings of Hangover III on Thursday may have actually harmed the film’s chances of a bigger weekend. Lukewarm reviews on the net by the blogging world may have stemmed the tide of anticipation for the third installment of director Todd Phillips’ franchise. For some reason, some of the audience expected the third Hangover to follow in the footsteps of the Great Bard William Shakespeare’s finest works instead of being a 100 minute string of fart and F-bomb jokes.

In fact, some of the criticisms to be found on the net for Hangover III are funnier than a few of the best gags in the film. One such criticism was that the plot for the movie was weak and full of holes. Has anyone seen the other two movies? In the second installment, the “Wolfpack” are led to the scene of the riot they caused during their “forgotten night” by Alan’s savant-like ability to journey on a transcendental flashback tour of the previous night’s events while he’s meditating in the garden of a Thai monastery. And we’re looking for intense cause and effect whodunit clues in the third film? Really? Mindless entertainment is what we are looking for when we go see a movie like this. 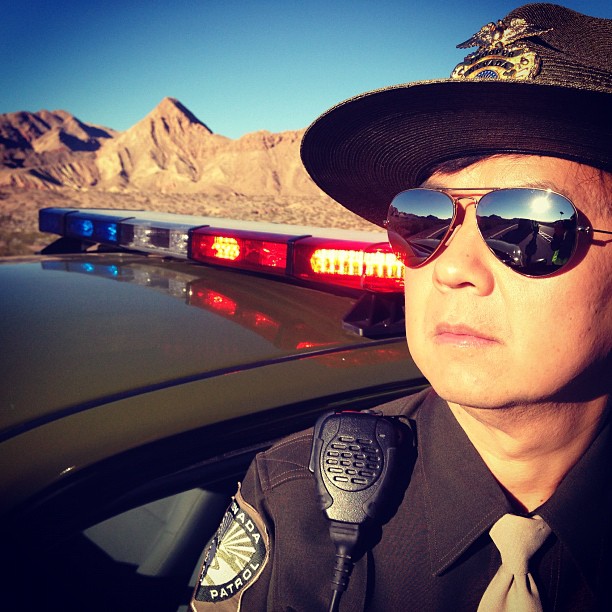 Another criticism referred to Ken Jeong’s over-the-top portrayal of international criminal and sick party animal, Leslie (Mr.) Chow. Over-the-top is actually understating Jeong’s performance. Yet that is exactly what made millions love the character in the first film. A more understated Chow?
You might as well just write him out of the movie.


Other criticism also points to the fact that the movie is just more of the same. That is a criticism that is hard to dispute. But isn’t that why sequels are made? As an audience, there was something about that first film that grabbed us by the wrist and took us for a ride. Whether it was the premise, the character relationships, the plot, the shock value of some of the gags, the performances, or the script, the fact is that for many people, it worked in 2009…and again in 2011. So why would we not expect Todd Phillips to throw those same ingredients in a big pot, stir it up, and serve it to us again in 2013? 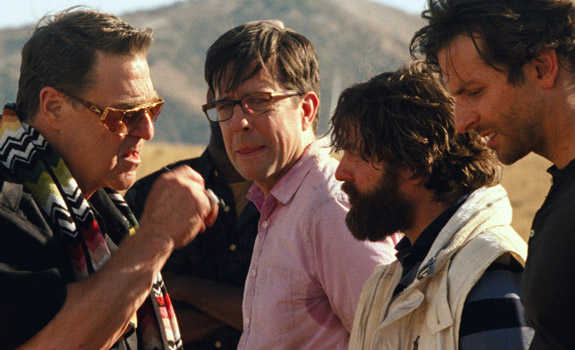 The Hangover III most likely suffered from a case of a franchise just running its course. The original Hangover made a splash with its brash, inappropriate, in-your-face shock humor and its twisted melding of buddy comedy and a road trip movie. It was hard to imagine one sequel that did not tread on the same ground as the first, let alone two. But the characters and their chemistry together made a sequel worth seeing for many movie goers. Rolling the dice a third time, the filmmakers ran an even bigger risk of being accused of going back to the well one time too many. To their credit, they crafted a plot that does deviate from that of the first two films, only to be chastised by some fans as having created a hard to believe storyline that gets away from the formula that worked for the original. For some reason, the audiences didn’t seem to embrace Hangover III in its first week. Perhaps it will pick up steam and have a strong run through the summer.  If not, we can fault this film for giving the people what they seemed to love the first two times.
darthmaz314 welcomes your comments on this and any of our posts and shamelessly asks you to share them with your friends (or enemies) if you like what you see.